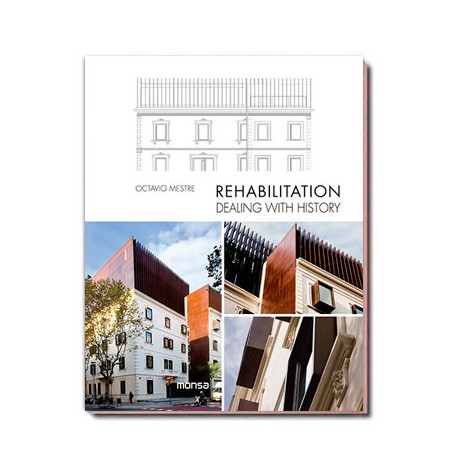 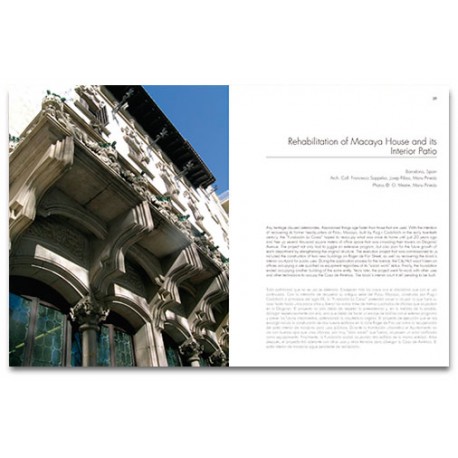 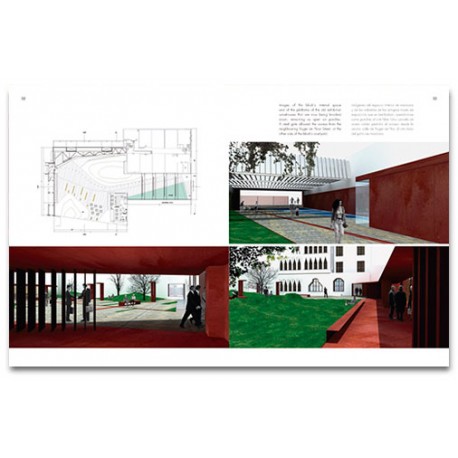 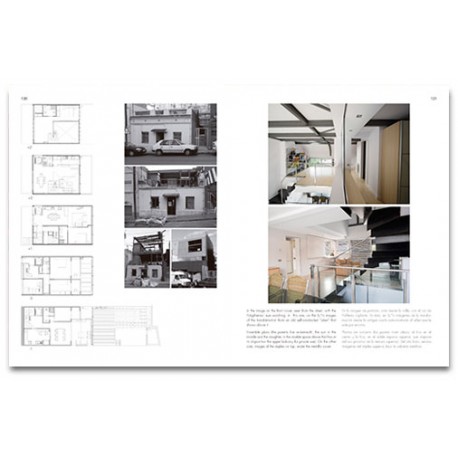 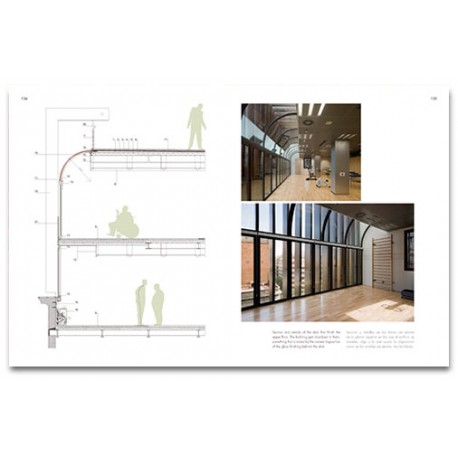 Rehabilitate, in the strict sense of the word, means to enable again, to enable once more, just that this time we don’t turn back to the past but to the future.

Rehabilitate, in the strict sense of the word, means to enable again, to enable once more, just that this time we don’t turn back to the past but to the future. This time the end is to guaranty the life of the building in question and frequently implies its complete modernization and sometimes, even shifting its use. When we deal with modernist buildings, as Casa Oller de Salvat i Espasa, the Palau Macaya de Puig i Cadafalch or the building where we have our office, Casa Mayol, build for the 1888 exhibition, nobody doubts the importance of the patrimony on which we are intervening. However, patrimony is everything that has been built, and that is why several interventions are preented, some carried on a Georgian building in London, in several 19th century buildings, some in the Ensanche de Barcelona but also, on “modern” buildings from 50-60s of the past decade, from renowned architects like the Inmobiliaria General headquarters in a building by Busquets, that of the Mutua Madrileña from the Castellana in Madrid by Gutierrez Soto or Winterthur’s Auditorium and Training Centre at the L’Illa Diagonal complex by Rafael Moneo and Solà-Morales. 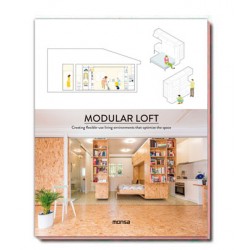 €19.90
ISBN: 978-84-16500-56-7 In the projects presented in this book, besides being ingenious and capable, planners make creative use of construction techniques, often artisanal, to create flexible-use living environments that optimize the use of space... Layout: 18 x 23 cm Pages: 144 Cover: Hardcover Preview 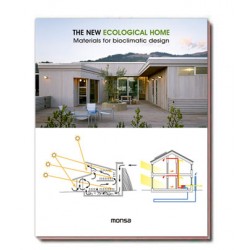 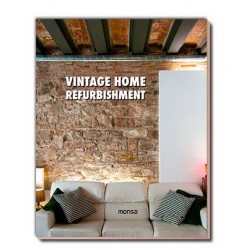 €18.90
ISBN: 978-84-15829-91-1 The renovation of buildings is very common nowadays, not only because of the lack of building space, but also because of the necessity to conserve preexisting buildings by using more and more sustainable and ecological materials... Layout: 18 x 23 cm Pages: 144 Cover: Hardcover Preview 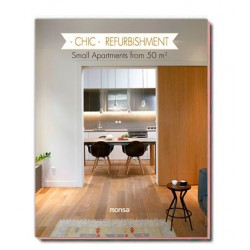 ISBN: 978-84-16500-09-3 All the projects in this book have been designed and realised with love and care to produce authentic and CHIC interiors: they have employed revamped furniture and fittings, restored structures and flooring together with original designs to produce an air of warmth and elegance. Layout: 18 x 23 cm Pages: 144 Cover: Hardcover... 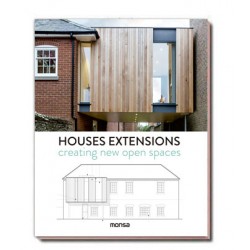 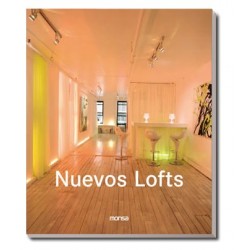 ISBN 978-84-96429-65-9 Ever since the appearance of the first lofts in Manhattan back in the fifties, the concep has changed and adapted to the latest trends in contemporary architecture and the needs of presentday life. Layout: 19,5 X 24cm Pages: 256 Cover: Softcover+flaps 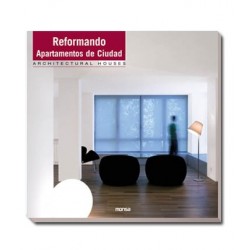 ISBN 978-84-96429-70-3 Remodels offer opportunities for adaptation on several levels: Change in use of a space, change in spatial layout or spatial interrelations, change in connection to the greate exterior environment, or just a change in the mood Layout: 25 X 25cm Pages: 192 Cover: Hard cover
View 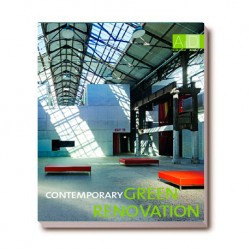 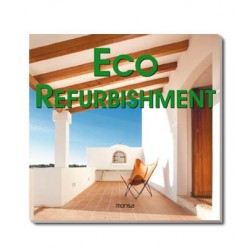 ISBN 978-84-96823-85-3 Innovate and reinvent the existing architecture to adapt it to the climate change that is suffering our environment, and solving the problems of living space that generates the movement of people is one of the concerns of the authorities of the planet. Layout: 20,3 x 20,5 cm Pages: 96 Cover: Softcover Preview 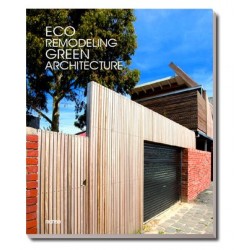 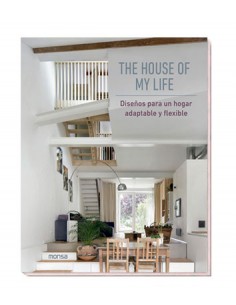 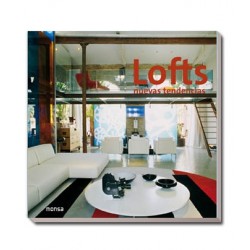 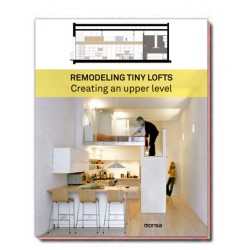 ISBN: 978-84-16500-52-9 The loft, which is essentially an urban construction, is an ideal way of converting one’s own home to a unique space, and even though most of them are small, all of them demonstrate how it is possible to convert what could be a small apartment into a spacious loft.  Layout: 18 x 23 cm Pages: 144 Cover: Hardcover Preview 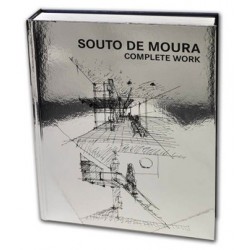 ISBN 978-84-96823-11-2 Souto de Moura currently lives and works in Porto where he has built several internationally acclaimed buildings. He studied architecture at the School of Fine Arts of the University of Porto, receiving his degree in 1980... SOUTO DE MOURA. COMPLETE WORK. LIMITED EDITION OF THOUSAND NUMBERED COPIES SIGNED BY THE ARCHITECT EDUARDO... 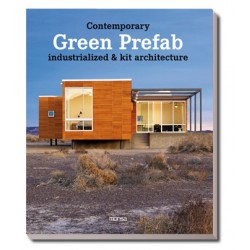 SOLD OUT ISBN 978-84-15223-47-4 Available in a wide range of materials, styles and prices, contemporary prefabricated houses are built on the rich history of their predecessors. Layout: 19,5 x 24 cm Pages: 256 Cover: Hardcover Preview
View 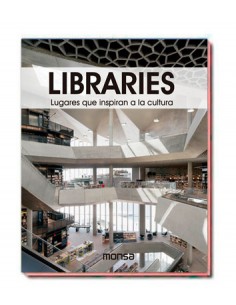 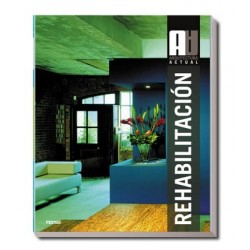 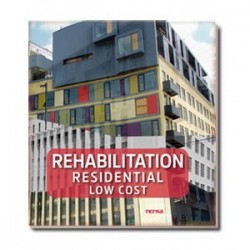 SOLD OUT ISBN 978-84-15829-08-9 Today, we can assert that the recovery or restructuring of buildings is an appealing way to face architectonic problems related to the new urban, social, environmental and economic concept typical of the globalized world we live in. Layout: 22 X 24 cm Pages: 112 Cover: Softcover Preview
View
Tap to zoom